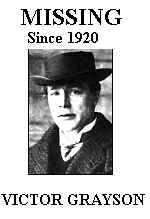 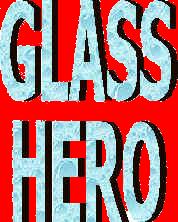 The first full-length play written live on the internet. Completed for the online audience of the first Edinburgh International Internet Festival, August 1999

I do not believe that we are divinely destined to be drudges. We must break the rules of the rich and take our destinies into our own hands.

So said Glass Hero, Victor Grayson, an inebriate socialist icon, who disappeared in 1920 after threatening to expose the cash for honours scandal. Is this the reason for his disappearance or a coincidence? It is an unsolved mystery. Let's get this clear; I'm a playwright, not a detective. Without wishing to sound dramatic I am happy to pose questions, but don't expect answers from me. And there is little point in expecting them from Victor.

Programme and trivia With my appreciation to the late  Ed Udovick, who worked tirelessly to get GLASS HERO known to North American audiences throughIMPULSE PLAYWRIGHTS' AGENCY.

Edinburgh, at the kind invitation of EIIF, 2002
Last performed:
THE WHITE BEAR, London, Jan - Feb 2003. Recent performances prompted Danielle Carpanen of  LWT's London's Scariest Mysteries to include a substantial interview with the playwright in the Maundy Gregory episode, The Monocled Dandy (ITV1, May 2003)

See also FLEMWELL - featured artist and
THE LOOK OF 1920 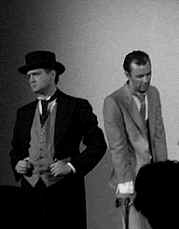